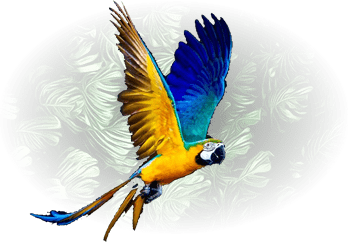 11 Things to see and do in Iquitos with
Cumaceba

The biggest attraction of the city for a visitor is undoubtedly this huge Amazonian market that is installed every day of the year in various streets along the river. Like any popular market, it is a hodgepodge of smells, colors and merchandise, only in this one the imprint of the nearby jungle gives it a special personality. In its stalls you will find tropical fruits and vegetables but also other local singularities: turtles, caimans, majaz, piranhas, chontas, coconas, paiches, ungirahui... in addition to medicinal herbs, yuccas, cassava, all kinds of river fish and hot peppers. The market is open from dawn to dusk, although the perishable goods kiosks close around 1pm. The best days are Mondays and Thursdays, when very early (around 3 in the morning) the large ships loaded with merchandise from the settler and indigenous communities of the Amazon begin to arrive.

Adjacent to the market, from which it takes its name, is the most iconic image of Iquitos: a neighborhood of stilt houses that stand on the banks of the inlet formed by the Itaya River. From a distance it may seem picturesque, with its wooden houses on stilts under which the waters of the river fluctuate depending on the rainfall pattern. But seen up close, the exoticism becomes crude because in reality they are squalid dwellings without the most basic services. Garbage also accumulates under the houses, waiting for the river to rise and take it away. Even so, it is worth a walk along its narrow wooden walkways to learn about a constructive form and a lifestyle linked to the Amazon.

An authentic steamer from the rubber era now docked on the Iquitos boardwalk as a museum of a bygone era. It was built in 1906 in Germany and transported in pieces to Iquitos, where it was assembled. It began to serve in 1910 as a rubber boat. His mission was to travel the upper Amazon basin collecting the rubber that was collected at the stations. Once filled with rubber balls, it descended the Amazon to the mouth in Brazil, where the material was transported to other larger ships that crossed the Atlantic to take it to Europe. The engine room is preserved intact. In its rooms and cabins there are now explanatory panels of the rubber era and the colonization of the Amazon. Although the exhibition is not much, it is worth it to tour the various decks of the ship. Offers guided tours. It is located on the riverbank, next to Plaza Ramón Castilla.

Beyond some rich houses from the rubber era scattered in the Plaza de Armas and surroundings, Iquitos has nothing monumental. But it has a place of certain magic: the boardwalk. The river walk along the Itaya river with atmosphere all day. but very especially at sunset, when the climatic rigors subside, the air is filled with river and jungle aromas and the boardwalk is populated with couples, families and groups of friends who stroll and entertain themselves in this space free from the noise of the omnipresent motorcars.

From the Nauta pier (two hours by car from Iquitos) there are boats that take you to the confluence of the Ucayali and the Marañón, where the river officially begins to be called Amazonas. In reality, the Amazon rises thousands of kilometers upstream, at the Apacheta pass, near Arequipa, but it receives many names beforehand: Vilcanota, Urubamba, Ucayali... Only from this point does it finally begin to be called Amazon. The mass of water is so large that this confluence is practically not appreciated: only brown water can be seen everywhere and a green line of jungle in the background. But for the mythomaniacs of geography, being in the place where the Amazon officially begins to be called as such, is a travel landmark.

About 45 minutes by car along the Nauta highway (27 km) is the park ranger's house and the entrance to this nature reserve, the best example of a rod forest in the Peruvian Amazon region. It is a piece of jungle that has grown on a bottom of white sand, which means that the trees that adapted to this environment poor in nutrients have a thin trunk (hence the rod or rod). It has an incredible variety of species, from flora to reptiles, birds, various types of monkeys endemic to the park and large mammals. The easiest visit is to walk, guided by a park ranger, the two marked trails from the access cabin; one lasting an hour and another more complete that takes three hours of walking, always with the expert explanations of the guards. It can also be accessed by boat on the Nanay River, in this case it takes about two or three hours to the village of Nina Rumi, where you will find some tourist infrastructure (food and lodging houses).

7. Confluence of the Nanay and the Amazon

Iquitos was founded on the banks of the Amazon, but the riverbeds of this basin are very active and capricious and constantly change. So now the Amazon no longer passes in front of the urban façade, but rather remains a little farther away. But it's easy to see. All you have to do is go to the village of Bellavista-Nanay (20 minutes by motocarro) and there take a peque-peque (canoe with a noisy outboard motor) that will take you to where the waters of the Nanay mix with the Amazon. It is easy to see dolphins during the tour in addition to numerous birds. One of the most requested day trips when you visit Iquitos.

They are two villages near Iquitos that preserve a certain authenticity, with malocas (a circular house made of wood and straw), artisans and some popular restaurants where you can eat. You can go by motocarro and they are another of the typical day trips when you are in Iquitos. At the Tourist Office they inform you of how to get there and what to do there. I recommend you not to contract the trip with the first person who proposes it to you on the street. From Padre Cocha you can get by motorcar to the Pilpintuwasi Rescue Center, another private reserve that recovers endangered fauna, with several dozen species of butterflies fluttering in the butterfly garden, as well as primates and other Amazonian fauna; it is recommended to go first thing in the morning, when the butterflies are most active.

Pacaya-Samiria is the second largest national reserve in Peru and the largest example of a floodable forest in the Loreto region. It has 21,000 square kilometers of surface between the basins of the Marañón and Ucayali rivers (as large as the province of Badajoz). And in it all the elements that you have been able to idealize whenever you imagined the Amazon come together. It is therefore an inexcusable visit. But it is not easy. To start, you need time: access to the reserve is in Nauta, a two-hour drive from Iquitos along the only road in this jungle area. Once in Nauta, you have to put yourself in the hands of an authorized local agency, because free access is not allowed.

10. Cruise through the Peruvian Amazon

A privileged way to visit the Pacaya Samiria National Reserve -that intact strip of jungle in the Peruvian Amazon- is by navigating its rivers and streams on river cruises. There are different categories, but the experience and dynamics of the trip is the same. Passengers alternate their stay on the ship with water and land activities in the reserve. You will fall captivated (if you are not already) with the Amazonian nature and with luck and patience you will see some of the 1,000 species of fauna and 965 of plants that inhabit this ecosystem, recognized as a natural wonder of the world.

The gastronomy of Iquitos, given its location in the middle of the jungle, naturally, is made based on the products of the area, it is common the consumption of meats considered exotic for Westerners such as wild pork, suri worm, tapir , small rodents such as the majaz, the añuje, the punchada and the sachacuy, the land turtle and some small primates.